Metro Diner, the Tampa-based restaurant chain known for its massive portions of creative comfort foods, will open its 50th location in mid-March — with plans for 85 stores by the end of 2018. 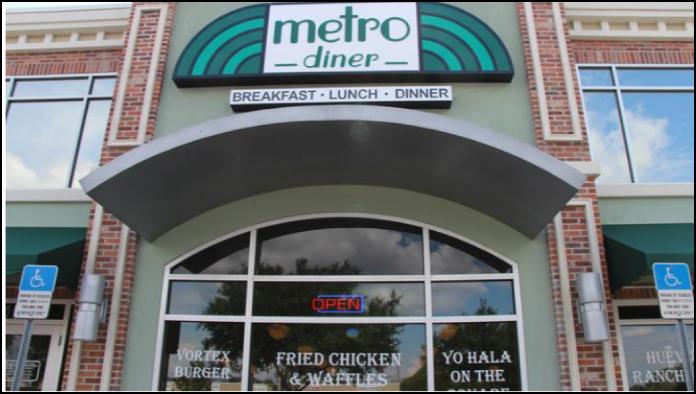 The 50th restaurant is a milestone that came quickly for the group of restaurant industry veterans who entered a partnership with Metro Diner's founding family in mid-2014, when there were fewer than five locations and 192 employees.

"It’s hard to believe, even for us," said Hugh Connerty, a partner in ConSul Hospitality Partners, which controls Metro Diner's.

The rapid expansion of Metro Diner's from Florida favorite to national brand is the start of a new restaurant empire for Tampa — at a time when its hometown restaurant headquarters, Bloomin' Brands Inc. (NASDAQ: BLMN), faces an uncertain future. By the end of 2018, Metro Diner will have more than 8,000 employees across the country, making it the 12th largest employer based in the Tampa Bay region. (By comparison, Bloomin' has 5,200 total employees across the country.)

The 50th Metro Diner's will be at 6056 N. Lockwood Ridge Road in Sarasota, with an opening slated for March 13. A location in Venice will open March 20.

Startup costs for each location are around $1 million; annual sales are typically around $3 million.

Modern-day Metro Diner's was founded in Jacksonville in 2000, when the Davoli family bought the original location. After forming the partnership with the Davoli family in mid-2014, ConSul in late 2015 exercised its option to acquire all of the brand's intellectual property.

The brand is bolstered by a 2010 appearance on Food Network's "Diners, Drive-Ins and Dives," but with each location, there seems to be an uptick in buzz, Connerty said. A recent opening in Fredericksburg, Virginia, had a "really, really strong opening."

Social media is a big part of the buzz; Metro Diner's massive platters play well on Instagram. But Connerty also attributes ConSul's success with its core strategy of building the Metro Diner chain through relationships the partners have built over the course of their careers. (Connerty was the original franchise partner of Outback Steakhouse and former CEO of Outback Steakhouse International; the other partners in ConSul are Outback cofounder Chris Sullivan and former Bonefish Grill executive Carl Sahlsten.)

"I always tell people we’re a company of individual diners, and they’re all basically locally owned," Connerty said. "I think that absolutely helps. It's the cornerstone of what we do." Metro Diner.

Dedicated to a higher standard

The PropertyPro Team maintains positive community recognition built upon our trademark of personalized service to our clients.

PropertyPro was established as a boutique leasing and property management company to service commercial properties in the West Central Florida region. We are a small but very productive company based in Tampa. Our goal is to offer personal service so that your properties do not get “lost in the crowd."